This article has been originally published as part of the column FABBRICATION in XXI magazine, vol.162, July 2018. This article can be accessed here in Turkish.

We have been critical of the architectural education regarding digital fabrication for so long and it is time we offer our resolution on the subject. The theme of the 4th Istanbul Design Biennial – A School of Schools – presented us the best opportunity. Here is an insight into our humble attempt at interpreting architectural education, digital fabrication and the original workshop space under a new paradigm. Meet Docendo Discimus Intrumantae, FABB’s project on display as part of the 4th Istanbul Design Biennial at Akbank Sanat. 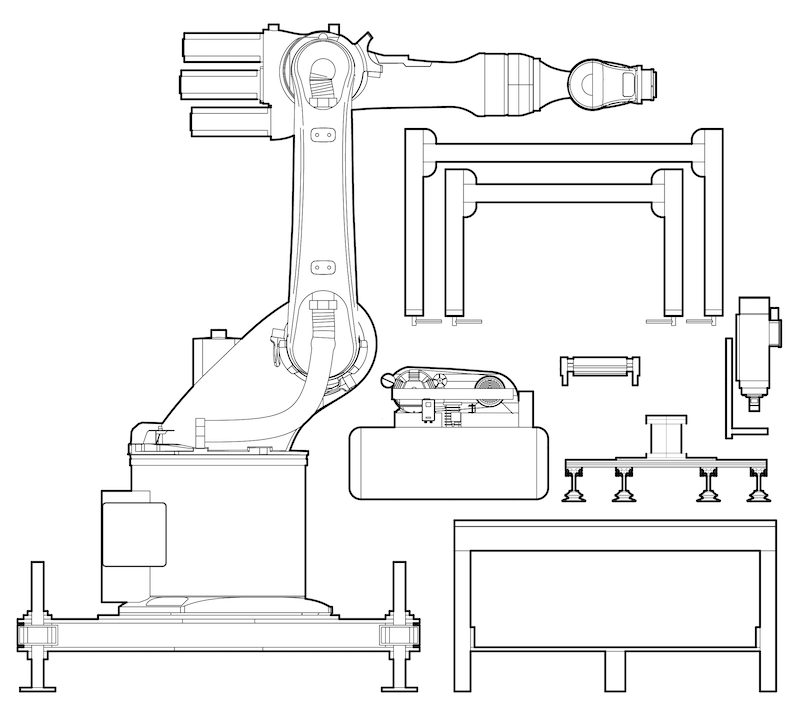 By teaching (tools), we learn.

*by teaching, we learn.

It is an ancient wisdom derived from Seneca the Younger (c. 4 BC – 65 AD), who pens it in his letters to Lucilius1: homines dum docent discount – “men learn while they teach.” This motto is brought up to date as a new concept for learning as well as teaching architectural design and fabrication.

The teaching of the subject of architecture has gone through several transformations. It was first through apprenticeships, just like any other crafts, which the master-builders transferred their hands-on experience to their pupils. Craftsmanship primarily involves the production of a physical commodity and it requires a physical working environment, a workshop. It is in this physical workshop that the information is generated and the knowledge is passed on. Know-how was rooted to locales.

The notion which the original workshop stood for was defiled. The notion transformed into short-term, fast paced gatherings with pre-dominantly a unidirectional information flow. Even they served as an excellent introduction to digital fabrication and use of these tools, they often fail to communicate essential know-how on context-setting and material manipulation techniques. Alluring, yet misleading end products are produced in volumes as the emphasis is placed on the outcome rather than the process. The continuum of the process in the original workshops were overlooked completely. Preposterous!

We have been forced to produce attractive end products as primary outcomes many times, and we hated it. No more of the fancy waste produced in summer schools or visiting schools which act as recruitment tools.

We demand the raw workshop environment, for the digital realm.

As the significance of physical fabrication of architecture by its designer arises after its long dormant state, the training of the architect should be reconstructed. Paradigm shifting digital fabrication tools and methods should be in the focus as we re-interpret the master-builders in their workshop. As opposed to “educational workshops”, transfer of knowledge in real workshops is not unidirectional. It is often mistaken that knowledge only passes from the master to its apprentice in a unidirectional channel. Whereas in a real workshop environment knowledge passes on from master to master, apprentice to apprentice, and even apprentice to master – the workshop acts as a medium with multidirectional channels. It is not only the teaching of tool handling, but rather a teaching of developing a process for each task at hand. Only if we place the emphasis on the material / tool / process, rather than any outcome, can we mimic a real workshop environment.

A verbatim interpretation of the old workshop would be a futile attempt. Attempts in “Learning by Doing” is much hyped after, but it is a weak interpretation of a workshop environment in which the information generated often remains as an intrinsic personal experience that is tied to a locale. We yearn for more. Jean-Pol Martin has been developing the concept of “Learning by Teaching” beginning 1980’s for teaching foreign language. In the system he has devised, students are expected to gather information on a subject in order to teach their peers. The newly acquired skill set of the initial learner is immediately put into action and instantly improved in the process of becoming a teacher for new learners. Initial information gathered is unfiltered, raw, and noisy. It is intrinsic to the teacher-to-be. The teacher-to-be needs to filter and link the nodes of information in order to systematically externalize the harvested knowledge – a new narrative is born. If the raw material, the nodes and the links are objectively built, it is possible to break down the process in order to rebuild it with different parameters – allowing the generation of derivatives or iterations of information. Juxtaposing the different states of information further enhances the information absorption. The one to learn becomes the one to teach, reaching masses exponentially while triggering varying forms of information exchange.

With Docendo Discimus Instrumantae (DDI), we embrace the workshop as it serves as a great environment for learning by teaching methodology. Yet, this is still bound to certain temporal and spatial aspects. How can we redefine the workshop to transcend its spatiotemporal confinement in a world of MOOCs and DIY websites?2

We propose to link different workshops across the world through a common hub to spark the production of new information. Each local workshop becomes the teacher for others. The common hub surpasses the spatiotemporal constrains through documentation of the fabrication processes each individual workshop has developed. In order to do so, every local workshop needs to be able to break down the fabrication process into a set of coherent instructions, appropriately called instructionSets. This results in the formulation of replicable processes that can be carried out anywhere, any time. 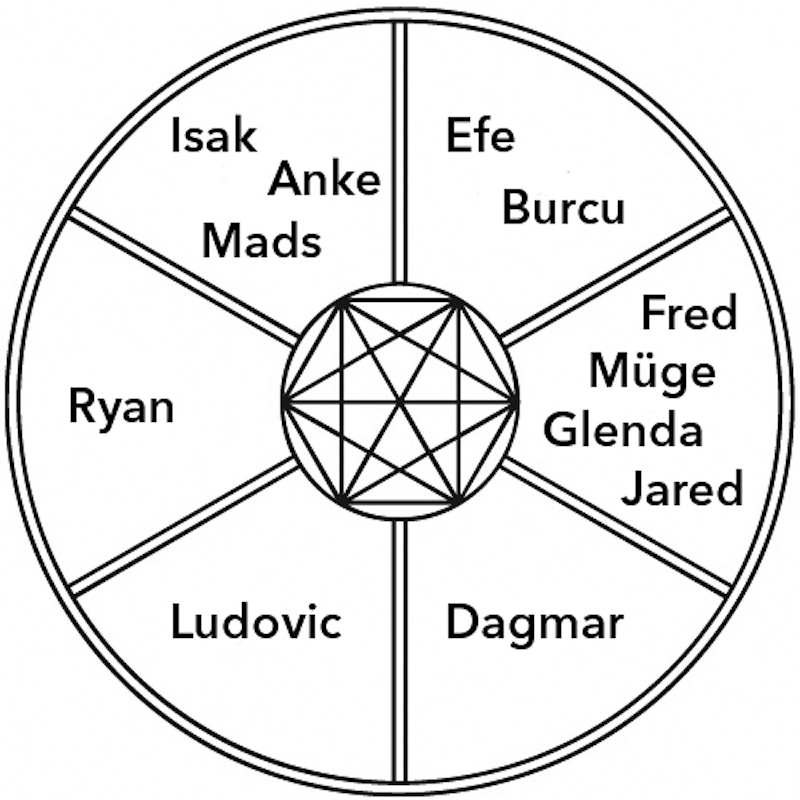 The blueprint is in the center of Toolmaker’s Paradigm. Blueprint (language) is a conduit between different people. We are replacing blueprint with instructionSets in our hub, and people with our collaborators.

instructionSets are not static. Even though they are meticulously crafted to break down each step of the process into systematic piece, they are subject to interpretation by participants just as blue prints in the Toolmaker’s Paradigm by Michael J. Reddy.3 Originally, the toolmaker’s paradigm is an alternate, contrasting, “radical subjectivist” conception of communication in order to examine the effects of the objectification of mental content in communication using the conduit metaphor.4 A person’s mental content is in fact isolated from others’ and language is viewed as a “conduit” conveying mental health between people. Be it in the form of linguistics, or in our case as instructionSets, we tend to interpret any information we acquire from any process. Thus, instructionSets are a generative medium of communication.

This method of documentation aims to transcend the locality of manufacturing know-how to a borderless, atemporal realm. 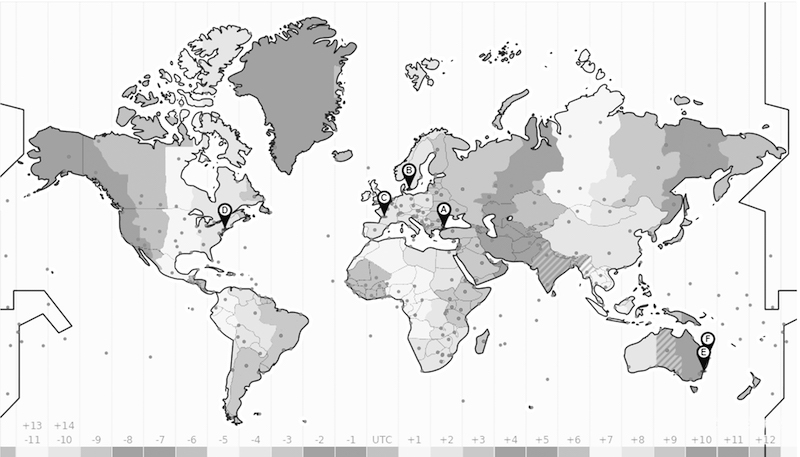 Our collaborators on GMT map.

Research groups, workshops, and individuals specialized on robotic fabrication methods in architecture will be collaborating in the borderless, atemporal realm of DDI throughout July and August to generate, develop, and share knowledge. Every collaborator will be contributing to instructionSets which will be available for anyone’s use. Outcomes of each instructionSet will serve as functional parts of the exhibition which will also be FABB’s temporary workshop space during the Biennial. The production of these components will be carried out throughout the exhibition, focusing on a different fabrication process and producing the particular component each week. Visitor of the Biennial will be visiting us in our natural habitat – the workshop. Interfaces for varied confrontations will immerse the visitor in the fabrication process, but let us not spoil all the fun yet. 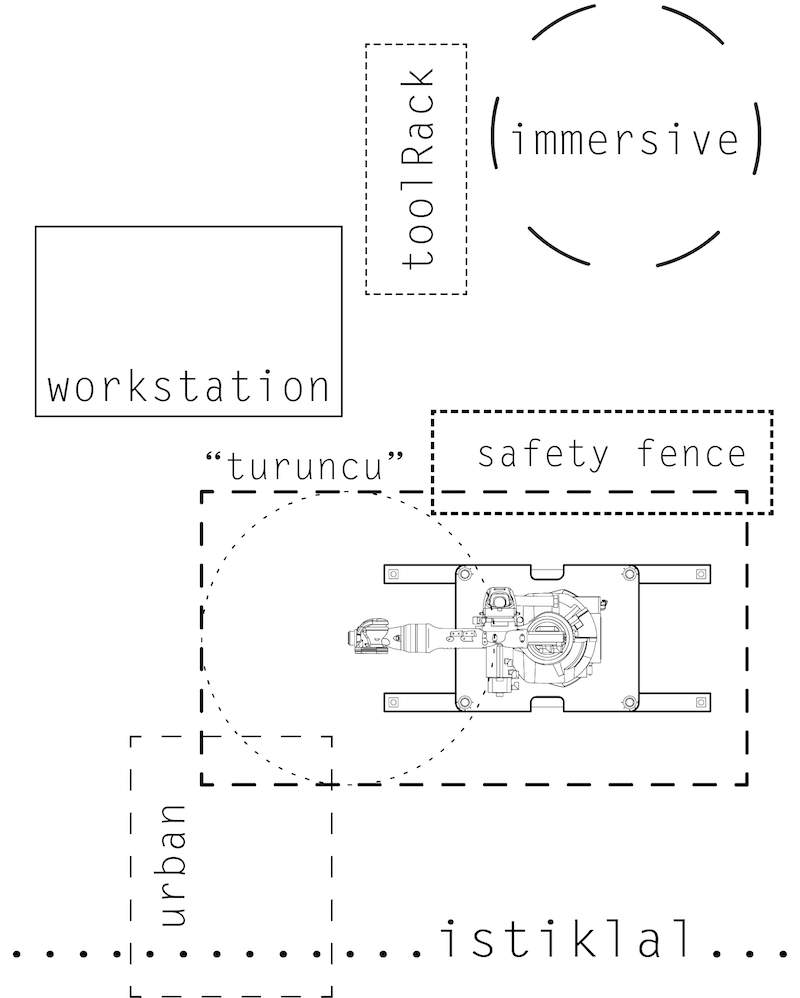 A glimpse of the interfaces of the workshop.

We are challenging the rather misunderstood linear process of digital fabrication (file-to-factory), reinterpreting the workshop for the future digital fabrication processes which will result in the form of knowledge exchange centered on master / apprentice / tool / material interrelation.

This emergent feedback loop is bound to change design and fabrication as we know.

Drop by Akbank Sanat for some coffee and chitchat between September 22 and November 4.

Design As Learning: A School Of Schools Reader